A DUI conviction comes with plenty of consequences. This includes installing an ignition interlock device (IID) on the vehicle, which prevents a car from starting if the driver’s blood alcohol concentration (BAC) exceeds a predetermined level.

Interlock installation has played a part in keeping our roads safer and significantly reducing the re-arrest rates among drunk drivers. However, the device, itself, is not safe from misconceptions.

Here are some of the most prevalent ignition interlock myths, debunked.

There are people claiming that it’s possible to fool the IID into letting you drive even when you’re intoxicated. They say that if you’re able to mask the smell of alcohol in your breath (by chewing gum or eating candies – for example), you can deceive the device into thinking you’re sober.

The fact is that IIDs can detect alcohol concentration in your breath at molecular level. The breathalyzer can still recognize the trace of alcohol from your breath sample, no matter how hard you try to obscure it.

Ignition Interlock Devices can detect the slightest hint of alcohol in your breath, but they cannot tell whether you’ve consumed drugs or not. Still, you must remember that drugged-driving is illegal in the United States.

Never attempt to sit behind the wheel if you’ve taken any drugs that could potentially affect your driving skills. Operating a vehicle while impaired by any substance – legal, prescribed, over-the-counter, or otherwise – can endanger your life and that of others, and will only get you into more trouble with the law.

Myth #3 – You can get away with asking somebody else to blow into your IID for you.

Even if you have a sober person blow into your IID to start your car, the device will require a retest after a few minutes, which you’re likely to fail if you have been drinking. Besides, most ignition interlock devices are fitted with a camera that takes a picture every time the device is used.

Asking someone else to take the breath test for you is considered tampering, which is a serious offense in many states. You could face adverse legal consequences if found guilty.

Myth #4 – Rolling tests are dangerous because they can shut off your vehicle’s engine.

It’s true that the IID will require a retest at scheduled intervals while the vehicle is in motion to ensure that the driver did not ask someone else to take the test. However, the device can only keep your car from starting. It does NOT have the capability to shut down the engine in the middle of a ride. Should you fail the rolling test, your IID will only record your violation and, maybe, engage your car’s alarm and lights as you continue driving.

Also, you don’t have to take the test immediately after the device requests for it. The system gives you a few minutes, so you have plenty of time to pull over and then perform the retest.

Myth #5 – Mouthwash can cause you to fail a breath test.

This myth has some truth to it. Certain mouthwashes may cause you to fail a breathalyzer test because they contain alcohol – BUT ONLY if you blow into the interlock right after you’ve used them.

To make sure that your mouthwash does not affect the result of your IID test, rinse your mouth with water properly and wait for a few minutes before blowing into the device. You can also try using the alcohol-free mouthwash varieties.

Myth #6 – Ignition interlock device installation will cost you a lot of money.

You will have to bear the fees associated with having an ignition interlock device on your vehicle, but the costs are not as steep as you think. The installation can set you back around $100 – $150, while the calibration and maintenance can run up to $60 – $80 per month.

Yes, installing an IID on your vehicle is an added expense, but it costs less than imprisonment or taking public transportation wherever you go.

The convenience of having continued access to your vehicle after a DUI conviction is priceless!

Anytime you need IID installation in Phoenix, reach out to our team at Interlock Install for fast and quality services. We’ll try our best to make the process as efficient and hassle-free as can be for you. 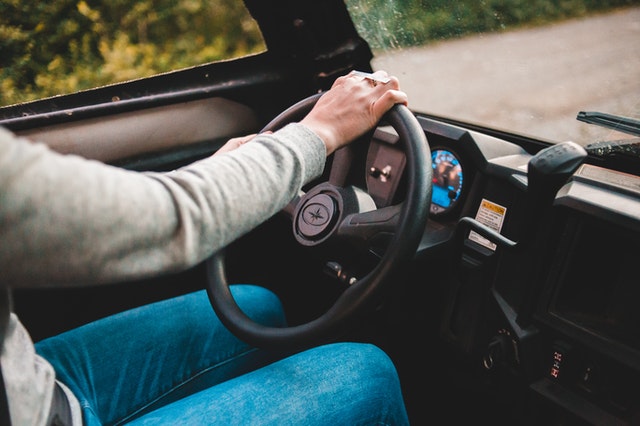